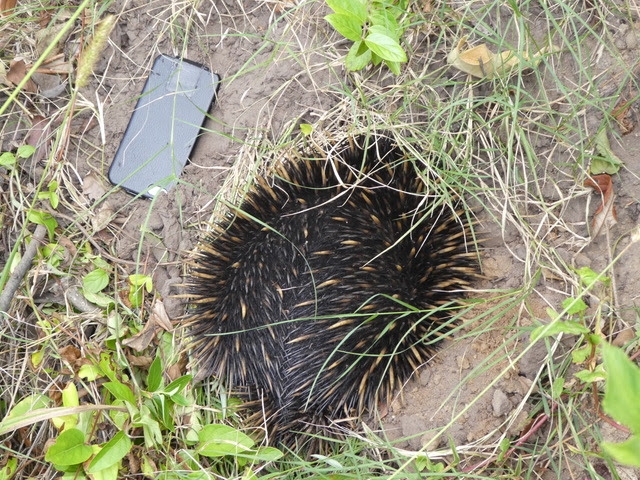 Said Richard Cassels: “This was the first I have seen here after living for 5 years. It was digging into an ant’s nest, on the track to the creek bridge, before curling up into a ball and burying its vulnerable parts, in fear of me and pooch Bentley. The mobile phone added for scale!  It’s great to know that we have them here.”

The echidna was last seen wandering off into the lantana.

Richard added: “We also have a new, young Eastern Water Dragon in the northern detention basin. There used to be an adult Water Dragon that lived in a drain by the Visitor Centre, but I have not seen it since the Civil Works reconstructed the drain.