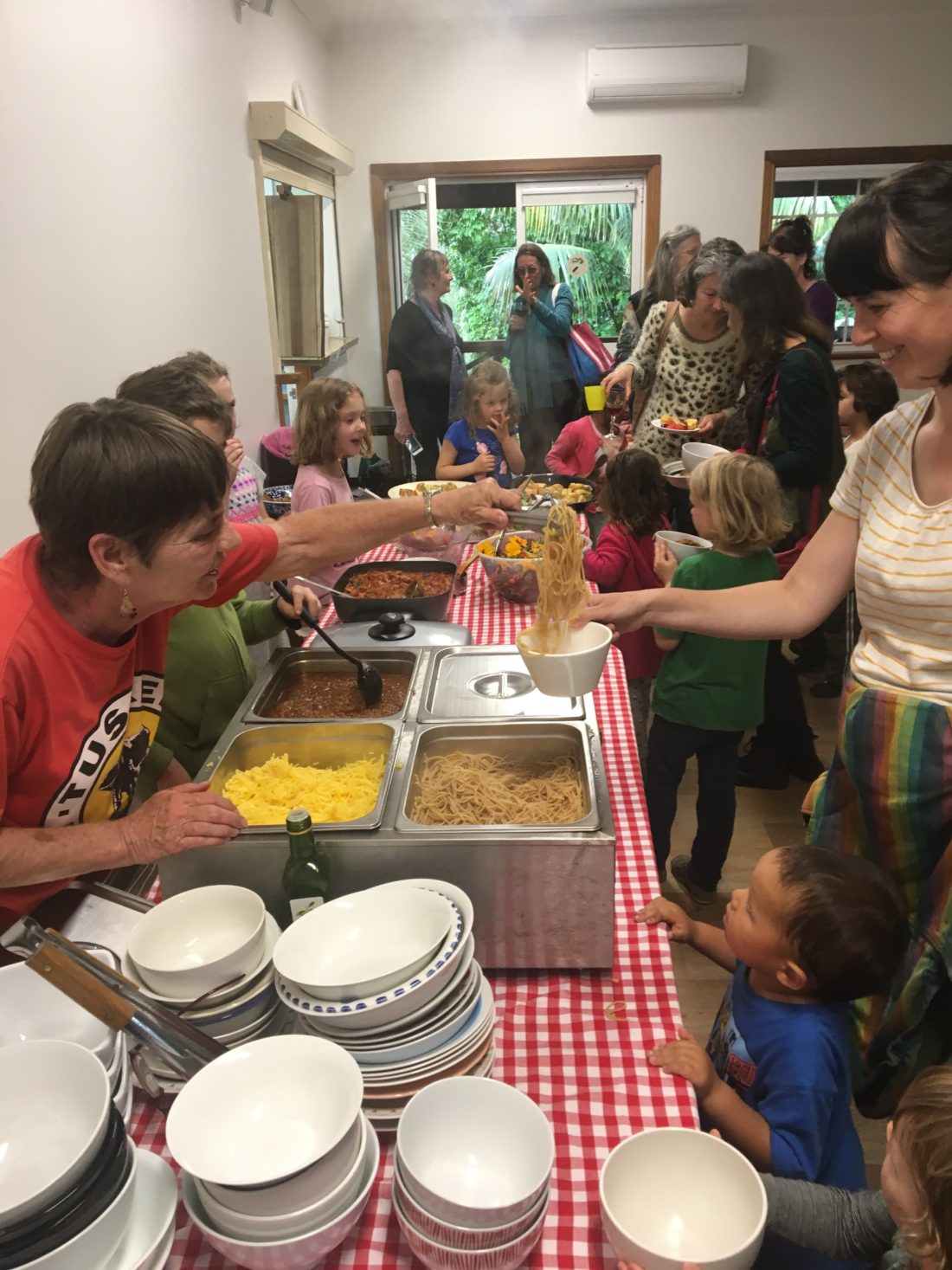 There’s movement afoot at Narara Ecovillage for some of Stage 2’s building lots to be co-owned and occupied by groups or collectives of up to 8 individuals. The legal identity of such a structure is yet to be nutted out, not to mention the compatibility of individuals, the building design and a host of other matters. For now, let’s just say that a new form of household could be emerging at the ecovillage – a variation on the more familiar social units of nuclear family, extended family, couple and single. It’s a step towards greater diversity, inclusivity, sustainability and affordability.

Embedded in most definitions of sustainability are concerns for social equity and economic development, whilst securing and maintaining ecological balance for future generations. Narara Ecovillage is a trail-blazer and this latest stirring of the pot is further testimony to that. These ‘big houses’ or ‘share houses’ will have to strike a balance between private and communal space and assess how to fairly distribute household costs: rates, power, water, NBN, and the challenge of working out what an exit strategy looks like. It’ll be a steep learning curve in how to get along together under the one roof, in tandem with learning how to live sociocratically within the ecovillage.

That said, this house-share model is not such a radical concept. It still conforms to a deeply entrenched private land ownership model, albeit spreading that ownership across a wider base. It’s a far cry from a social housing model that offers permanent, secure, affordable co-housing to low-income residents who don’t have equity capital to purchase and build on a lot. It remains to be seen whether the ecovillage – or possibly a co-operative that could own a block within the ecovillage – will be capable of offering social equity at some stage in the future. The shared ‘big house’ at Narara Ecovillage is definitely a space to watch with interest.

There’s a small group of five, ranging in age from 50 – 65, meeting regularly to explore the possibility of co-owning a lot in Stage 2. They have called themselves CLAN (Collaborative Living At Narara). Two are ecovillage members and three are prospective members. If anyone is interested to test the water of owning a lot collectively, get in touch: info@nararaecovillage.com and then perhaps be an observer at a CLAN meeting.